The Podspot team work hard to find the best story tellers and give them a podcast platform to tell their stories.

Podspot is committed to providing podcast that cover a variety of interests and we’re positive that you will find a podcast that fits perfectly in your niche.

Dave Matthews is Podspot’s Founder & CEO. He’s an energetic Australian radio presenter and Executive Producer with a passion in entertainment.

Dave’s radio career has taken him from community radio at CVCradio & 96Five in 2011 to commercial radio in 2014 at Hit105 (B105) Brisbane, then a brief stint at Hit107 Adelaide, back to Hit105 as the Breakfast anchor for Stav, Abby & Osher to Hot91.1 Sunshine Coast.
His passion in digital media has allowed him to have a strong positive influence on the social communities that he has been apart of including Hit105, 96five, Hot91, Brisbane Buy Swap & Sell, Funny Santa Photos & Don’t Eat That Podcast. 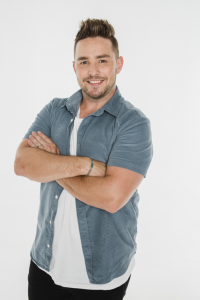